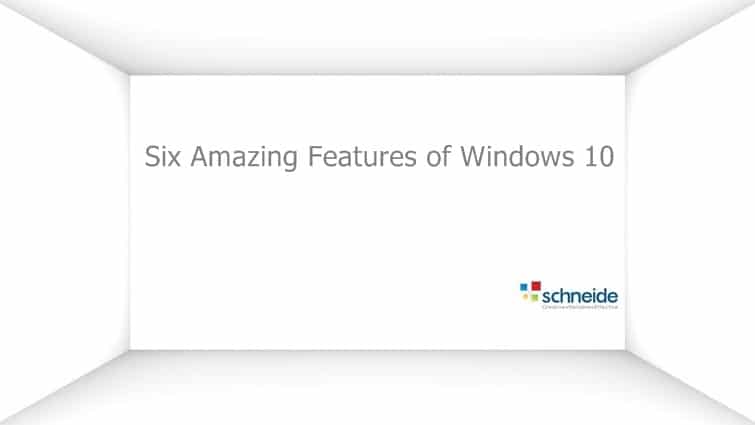 As announced by Microsoft Windows 10 version has been released. Several users have been using the insider preview for months. The following are some of the features of Windows 10 Operating System.
1. Start Menu
In Windows 8 the start menu was eliminated with Start screen which was popularly called Metro Style Menu. In Windows 10 the live tiles have been added as regular app icons. Earlier it was easy to organize based on folders and it is replaced by organizing based on Favorites and Search. By typing as soon as the system starts one can search and launch an app by the name. It is also possible to pin the icons to the start menu along with other tile icons. The most used apps can be found as shortcuts in a separate list. Each and every app can be found in the All Apps list in Windows 10.
2. Cortan
Like Google Now and Siri, Microsoft has launched a Personal Voice Assistant in Windows 10 Desktop. By pressing the Windows Key and typing the question web searches can be performed to get quick answers. Cortana can also be used for creating reminders or adding events to the calendar. Similarly stock quotes and new stories from internet can also be read through Cortana. The full features can be integrated if the Microsoft Services are subscribed.
3. Microsoft Edge
The old Internet Explorer browser is being replaced by the new Microsoft Edge browser. The most important feature of Microsoft Edge is the text only reader. Microsoft Edge is having the annotation tool which can be integrated with Cortana. With the future addition of extensions it might also be likely that Microsoft Edge will dominate Internet Explorer.
4. Multiple Desktops
Running many applications inside the same desktop is an overwhelming experience even though running multiple applications is good in certain cases. Windows 10 by Microsoft provides multiple desktops which can be customised to move apps between different desktops from the Windows+Tab keyword combination. Those who run several applications will find this feature extremely useful.
6. Notification Center
Android iOS and Ubuntu have central notification area which is now available in Windows 10 too. Notification tray icon can be opened by clicking on the lower right side of the desktop. Most system notifications will be shown in this area. Windows 10 settings can also be accessed from the notification area and the facility to toggle locations and making quiet mode is also possible with it. Windows Touch screens have many additional features with te implementation of Windows 10.